The server runs the map vote and selection system that is in standard PR:BF2 servers. Debug is enabled but excessive use can cause the server to become unstable and crash. We wish the server to be used as a greater community resource, so please respect the other players that perhaps are on the server too. Feel free to post in our shout box that you are using it if you wish for others to join in.

Remember practise makes perfect, Asking for help is never bad. And we'll see you on the battlefield. 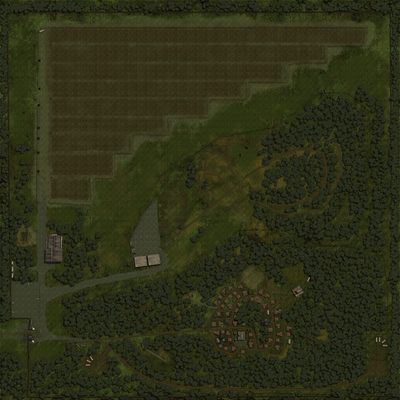 A map made by the PR Team for in-house testing but now available to the public. Excellent for small skirmish testing(in the combat simulation village), weapons training(on the fire range up to 800m) and land vehicle training(on the land range). It features a dense forest, a small town, a up to 800m shooting range and some other handy features which make it an excellent map for training,testing and community modding.

More info and screens can be found on the official page. 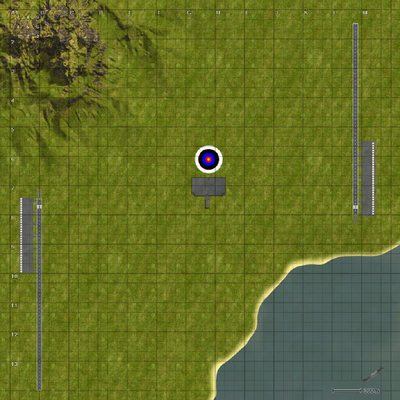 A map made by the PR Team for in-house helicopter and jet testing but now available to the public. Excellent for beginner and experienced pilots to learn all the different jets and helicopters and their mechanics,features and weapon systems.It features all the air vehicles in Project Reality. Also a carrier is available for training that. Also target vehicles available and laze markers.

More info and screens can be found on the official page.

RCON commands are very useful for testing maps, vehicles and weapons in-game, but must first be enabled:

Enabling debug mode is important as most commands can't be done unless debug is enabled.

Note: RCON commands must be entered in chat by using the j,k or l keys, NOT in console.

Now that you're in debug mode you can use the spawner commands. Its important that you DO NOT spawn anything that isn't in the map you are currently playing as it will crash the game.

Example spawning a PLA tank on kashan will crash the game.

The spawner command is:

To find the names of all the vehicles and kits locate the following directory:

The objects_kits_server.zip will have all the names of the kits for all the different factions.

The objects_vehicles_server.zip will have all the vehicles names for all the different factions.

The objects_common_server.zip has names for deployables, such as FOBs, TOWs ect...

For reference here are the team names so you can identify which kits and vehicles belong to which armies and maps:

For example if I wanted to spawn a US logistics truck on kashan desert the command would be:

If I wanted to spawn the MEC marksman kit the command would be:

If you want to alternate version of the kit put _alt on the end of the code like this:

You can spawn any vehicle or kit on any team as long as it is on the map you are playing on.

To spawn a deployable firebase the command would be:

If you want to spawn a pre built deployable just put _sp on the end of the name. You can only spawn deployables for the teams on the map.

Useful for testing and taking screenshots is the flying prbot. The command for that it:

To remove the minimap and hud when in the prbot press the switch weapon key (default F).

There is another prbot with different controls, more suitable for smooth video recording. The command for that it:

Also useful for taking screenshots and filming is the camera kit. Its command is:

The kit will probably be invisible so just walk a few meters in front of you and press G. The kit has a UN helmet, so it can be useful in community events.

For instant respawn type in:

Replace 'playername' with the name of the person you want to instantly respawn.

To allow all kits used in vehicles plus no need for driver in tanks etc type in:

To disable Vehicle warm up times type in:

To disable Team Kit restrictions so you can use enemy kits, type in:

To spawn every kit for the faction you are currently playing as type:

It will spawn all the kits and variants for the faction in a long line.

To find out your current health value type:

To run a map in the your map rotation type:

To teleport to location X amount of meters away in the direction you're facing type (this one only works in the console ~):

If you teleport to a location that is lower in height than you're current you will fall and die, so be careful.